A Practical Guide to the Ungrounding of Art

Over the last year and a half, the AAF research collective has been discussing, experimenting and theorising at the frontiers of aesthetic theory. Taking the critical tradition of aesthetics to be no longer adequate to the possibilities of knowledge and experience of the twenty-first century, we have begun to develop an experimental practico-aesthetics that is less oriented towards the success or impact of work that defers to the judgement of a (human) receiver, than towards an aesthetics that is productive of realities, experience, and new declensions of 'art'. This alternative is generational, not analytical; interventionist rather than evaluative. For this purpose, we hereby inaugurate a new component of our blog, entitled Section for the Diminishment of the Mantle [via the cosmic urchin in the sidebar]. 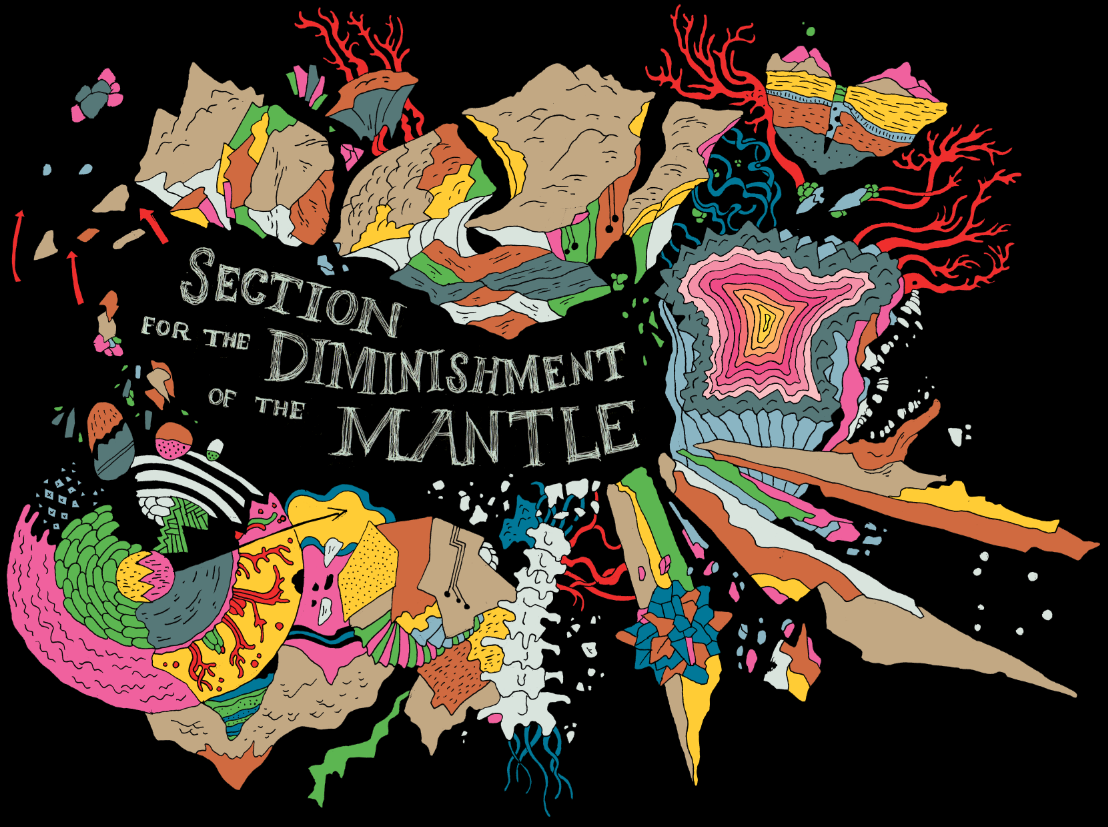 This space, inspired by hyperstitional activity and the inventions of the ( )hole complex, will publish new work that defies the surface world we spontaneously take to be 'real', engendering new linkages between science and experience, fiction and reality, past and future. This is the work of the imagination against anthropomorphism, and towards an inhuman future.

'Rats (AQ = 94): The process of ungrounding at any level (from epidemic incursion to deterritorialisation) is performed by acephalic units known as rats. Composed of three main functions – flight, displacement and tail-function – rats can concentrate a disintegrating force whose intensity is capable of surpassing the ground’s intensity of consolidation. In rats the political correlation between the head and the tail is not only twisted but also obscure.'
- Reza Negarestani, Glossary to Cyclonopedia

‘In the same way that works of art are not simple projections of the human mind but possess an independent objectivity, making demands on the human mind of their own accord (even if this is a question of a ‘non-physical’, immaterial objectivity) - one can also say that the brioche passes by way of the consumer just as much as the consumer passes by way of the brioche.’

'Take a walk around the block. Come back and write down precisely what happened with particular attention to what you were thinking when you noticed a street sign, a passing car or stranger or whatever caught your attention. You will observe that what you were thinking just before you saw the sign relates to the sign. The sign may even complete a sentence in your mind. You are getting messages. Everything is talking to you. You start seeing the same person over and over. Are you being followed? At this point some students become paranoid. I tell them that of course they are getting messages.'
- William Burroughs, ‘On Coincidence’

++
Posted by AestheticsAfterFinitude
Email ThisBlogThis!Share to TwitterShare to FacebookShare to Pinterest