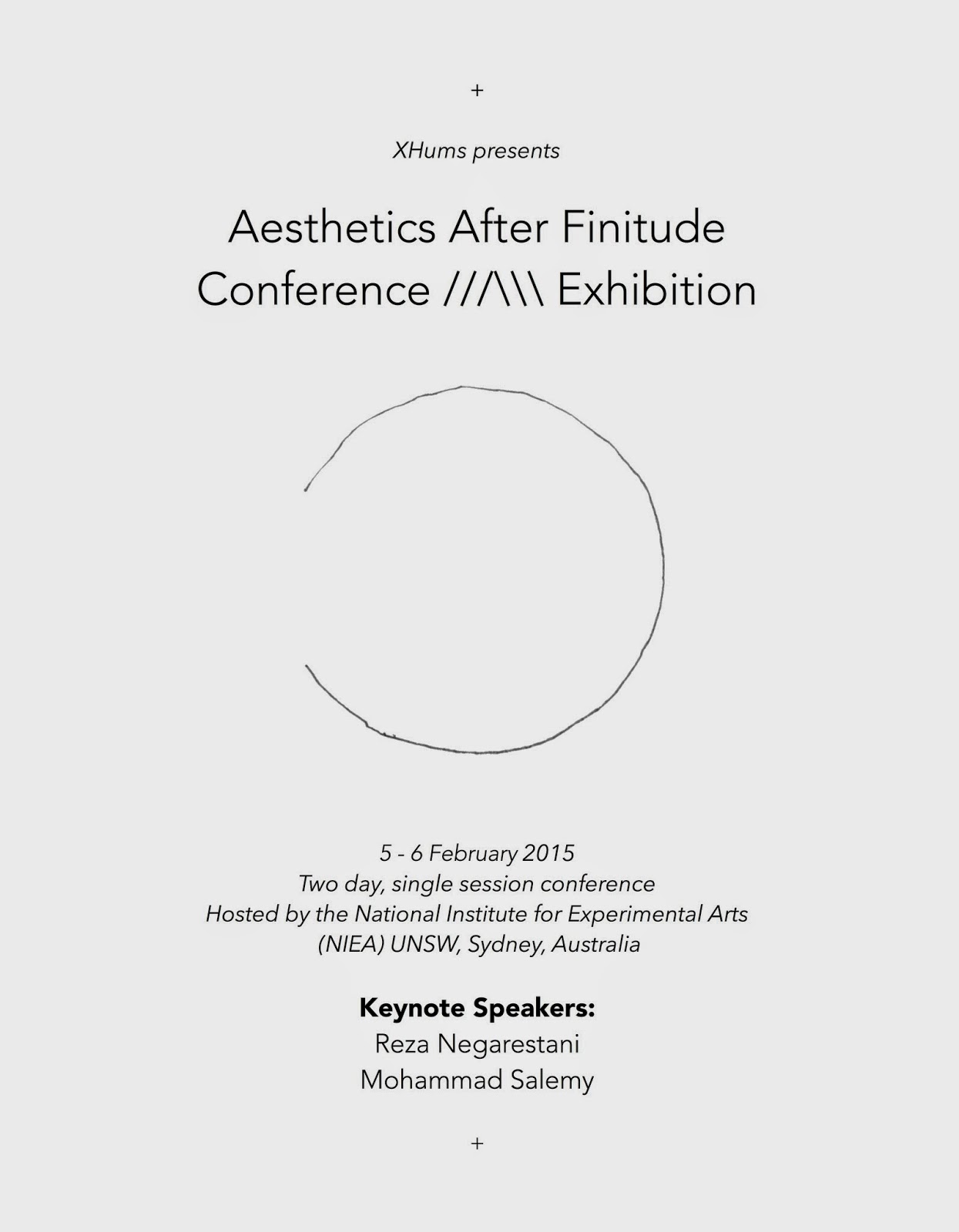 This conference and exhibition address the problem of a non-, post-, trans- or inhuman aesthetics: an ‘aesthetics after finitude’ that is capable of investigating the cultural, technological and ecological demands of a rapidly dehumanising present. As well as being formulated in response to the urgency of the human situation at the beginning of the twenty-first century, this call to develop new trajectories for artistic, poetic, and sonic practice arises alongside the recent and profound shift in contemporary philosophy attributed to thinkers such as Quentin Meillassoux, Ray Brassier, and Reza Negarestani, whose work seeks to divest philosophical writing of its critical and subject-bound dimensions, while giving full weight to a politicised aesthetic, a rigorous, speculative modality of thought.

While the notion of ‘speculation’ might seem native to creative practice, the category of aesthetics as it is traditionally deployed - with its valorisation of the interpretive singularity of the human subject - is largely ill-equipped to reckon with the experimental demands of a creative force that does not ground itself in any fundamental distinction between subject and object. If the question of a speculative aesthetics has largely been neglected by philosophy, it is because art has not yet posed it with a sufficiently difficult problem. Aesthetics After Finitude takes up this task.

We encourage proposals that consider the possibility of aesthetic experience and practices (artistic, literary, sonic, etc.) that traverse—or operate in excess, defiance or via the augmentation of—traditional human subjectivities. Disruptive and inventive engagements with technology, perception, mathematics, neuroscience, fiction, theory, sound, and other ecologies will all be welcomed.

The pairing of conference and exhibition seeks to provide a platform to bring together Australian and international writers, academics, and artists who are engaging with the notion of an ‘aesthetics after finitude’, and we hope to showcase new work in these areas as well as provide a forum for discussion and exchange around the problems and possibilities of such a movement.

Abstracts for academic papers or proposals for inclusion in the exhibition from scholars/writers/artists/scientists and other relevant fields are invited. Please send your 500-word abstract or proposal for an artwork or performance, along with a short bio to aesthetics.after.finitude@gmail.com by August 15th, 2014.